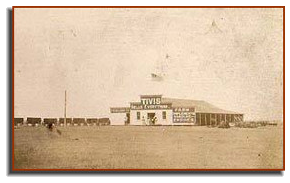 The division occurred in 1889, at the same time Dakota Territory was splitting into North and South Dakota.  The County was named after Fort Meade, which was itself named for Gen. George G. Meade, a union commander of the Army of the Potomac during the battle of Gettysburg.

Today, Meade County covers more than two million acres, but when it was created in 1889 it included only the southern half of the county.  Ten years later, two counties on the north, Scobey and Delano, were incorporated to create the Meade County of today.

You can become a Member or Business Sponsor of the Sturgis & Meade County Historical Society online.

You can also make a valued Donation.

Your support is essential in our efforts and is highly appreciated.